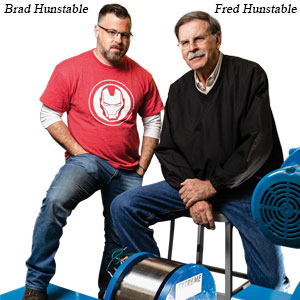 Brad Hunstable, CEO & Co-Founder and Fred Hunstable, Co-Founder & CTO The world has an endless appetite for electricity and on the brink of an electric power revolution. The stakes couldn’t be higher. Climate change globally has every citizens’ access to life, liberty and the pursuit of happiness in its crosshairs.

Electric vehicles (EVs) have gone from being an auto show oddity to a mainstream staple. EVs reduce global carbon emissions; but unfortunately, along with the increasing needs of the global middle class, they are taxing an already strained power system. Renewable energy innovation and production are not keeping up with the rising demand. We’re in a vicious cycle.

It’s in this climate that a da Vinciesque father and his entrepreneur son joined forces to create an electric motor company that isn’t simply changing the electric power game… they are rewriting the rules. Welcome, to Linear Labs.

"The number one trait for a high-performing team is trust"

Brad, the quintessential visionary, created Ustream on the front lines of the online video streaming revolution. After Ustream was acquired by IBM, Brad and his father, an electrical engineer, set their sights on what everyone considered to be impossible: creating an electric generator to harness the up-and-down motion of a simple windmill. The goal was to design a device capable of pumping clean water and providing power for small communities in poor regions of the world like Africa.

Experts in the electric machines around the world have validated, tested, and helped us take this to the next level. This is the motor of the world

They made numerous discoveries that morphed into what Linear Labs has today: a revolutionary rotary electric motor that will power the world.

The Motor of the World

Linear Labs’ motor is gaining significant attention from companies in the electric vehicle (EV) sector, many of whom now have a deep interest in its application.

Linear Labs’ motor is the solution. Producing significantly higher torque at lower RPMs, the HET reduces vehicle production cost by over $8,000. The HET eliminates the gearbox, a DC-DC Boost converter, and is so efficient the vehicle’s battery requirements are significantly reduced. The reduced weight means cars will be made with less expensive materials, resulting in an overall compounding effect which improves efficiency and further reduces both production and operating cost. 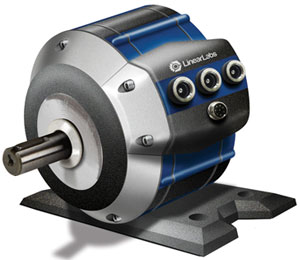 Linear Labs also sees numerous opportunities in robotics because of the motor’s high torque and tremendous precision and control. Linear Labs’ motors make surgical and industrial robots safer, more precise, and less costly. They are a significant upgrade over today’s robotics technologies, which suffer from excess inertia while changing direction.

The HET is a game changer for offshore wind turbine energy generation. Their generators are lightweight and operate without gearboxes, which mean there is one less moving part requiring maintenance or causing a potential breakdown. Less weight means higher wind turbines where wind speeds are more consistent and powerful.

Fred Hunstable, the inventor of this breakthrough technology, leads his team of engineers comprised of ex-Tesla employees, manufacturing veterans, and both mechanical and electrical engineers.

Brad Hunstable spent four years at the United States Military Academy at West Point studying strategy and leadership, and then five years in the U.S. Army practicing what he learned. He took his military training into business successes, many times over. While the military taught him discipline, accountability, leadership and organizational skills, Brad notes that at the end of the day, “the number one trait for a high-performing team is trust.” Within a team, trusting people to consistently do the right thing and to do them well, is a foundational requirement of ongoing achievement.

Linear Labs isn’t just trying to make the world a better place; it is playing a pivotal role in saving the planet by democratizing their HET for the masses. Everyone at the company is working to achieve their goal of building tools that will be used to create a more sustainable future through smarter energy utilization.

Linear Labs works closely with world-renowned motor specialist, Dr. Babak Fahimi, who leads the Renewable Energy and Vehicular Technology (REVT) lab at the University of Texas at Dallas. “Experts in the electric machines around the world have validated, tested, and helped us take this to the next level. This is the motor of the world,” adds Brad Hunstable.

The Future in the Making

Linear Labs is focused on adapting and commercializing their motor for EV, HVAC, wind turbines and robotics applications over the next few years. The Linear Labs approach is straightforward: produce a motor that has more torque, less weight, and more efficiency than anything else on the market. With their revolutionary new technology, Linear Labs entering the market with a motor that will change the world. 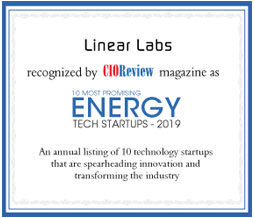 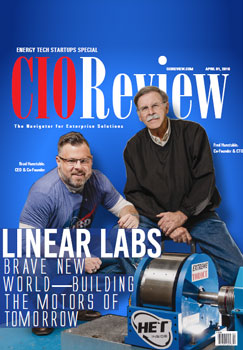