Co-Opting Innovation: How Startups and Big Companies Together Accelerate Innovation

Co-Opting Innovation: How Startups and Big Companies Together Accelerate Innovation 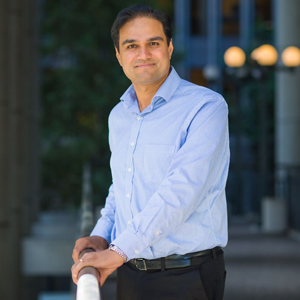 The race to innovate is increasingly a top priority for businesses across all sectors. The fact is that only a tiny percentage of companies will prevail. What’s less obvious is that innovation almost always comes from small companies.

Multiple studies show that innovative companies share a consistent set of commonalities, the most fundamental being limited organizational size. Small teams at startups are more likely to innovate because they operate faster and with greater agility than do larger teams, which are slowed by hierarchy and bureaucratic processes.

In spite of, or because of these findings, corporations spend billions on in-house innovation efforts, augmenting traditional R&D teams with incubators that operate like startups. This approach has worked for Apple and Google, but their success has been the exception rather than the rule.

Big companies need a more effective approach to innovation. A promising strategy lies in the co-opted model, which involves traditional and new ways in which corporates “sponsor” or collaborate with startup innovation efforts. Big companies that embrace co-opted innovation could reach, and in fact, exceed their innovation goals.

​A startup tends to sustain a customer-centric approach because its survival depends on it-and is often an all-company effort.

Varying definitions of innovation exist, but the commonalities boil down to three criteria:

All three criteria must be met. So although startups are most primed for innovation, they aren’t necessarily capable of driving the significant change, mass adoption, and better outcomes that characterize innovation. Because ultimately, innovation isn’t a standalone invention or breakthrough––it’s a cycle.

The co-opted innovation cycle begins with startups looking to disrupt existing markets. Yet for many of these startups, legitimately building new products that add value or solve problems doesn’t guarantee market success. The simple reason is that they don’t have the market reach or brand credibility to drive adoption. This is where big companies enter the innovation cycle as startup customers, acquirers or investors. Corporate patronage provides startups with much needed revenue or funds, enabling the continuation of innovation efforts. Corporate endorsement gives innovating startups the market validation and awareness necessary to attract more customers. Then the next phase of the cycle kicks off, as adoption gains momentum and users gain exponential value from the startup’s product, completing the cycle as the new innovation enters the market.

Why Startups Are Best Positioned to Innovate

Experts commonly cite a combination of startup characteristics that lead to innovation:

Salesforce experienced both scenarios. In its early years, the company remained small––when it went public five years after inception, Salesforce had only 25 developers and four-to-six week product release cycles. But two years after IPO, the development team increased to 300 and product upgrades were released annually.

Renowned TED speaker Simon Sinek describes the limited resources at startups as a condition that triggers its people’s “survival” mode, which in turn “ignites the human spirit” which leads to innovation.

Evan Spiegel launched Snapchat, with no funding, and grew its user base at an impressive rate. Today, the company has raised $1.34 billion in venture funding and has a market valuation of $16 billion.

A startup tends to sustain a customer-centric approach because its survival depends on it––and is often an all-company effort. News spreads fast and pervasively at small organizations, and important issues like customer feedback or complaints become known by everyone––from the CEO to employees.

Email disruptor Slack launched only three years ago and today has 2.3 million active users. Slack actively connects to its customers, paying attention to their feedback and fixing issues immediately.

Startups are by definition risky business. If the founders continue to nurture it, the spirit of risk takes root at a cultural level and persists as the company grows. A company culture that embraces risk empowers employees to move fast, experiment and innovate, examples include: Github, Airbnb and Pandora.

The startup motto, “move fast and break things,” refers to the pursuit of innovation through a rapid cycle of testing, learning, and re-reiterating––emerging out of necessity, especially for early-stage startups as they need to quickly understand how their product resonates with users.

Atlassian’s market growth has been meteoric, due in large part to its trial and error development process driven by “short-term roadmaps.”

There’s only one thing predictable about startups and that’s change. In fact, most startups undergo small and big pivots as they evolve. Generally, changes are triggered by market dynamics, customer demand, pressure for profitability, or even happenstance. Successful pivots require a combination of acting fast, adapting effectively, and committing entirely to the new direction. Pivots are far from trivial, especially if a company is big. Famous pivots include: Instagram, Twitter, Flickr, PayPal, Eloqua and Flickr.

The idea of authoring innovation is alluring. Perhaps this is why we see so many big companies pour resources into innovation labs cooking the startup “recipe.”

But these efforts are missing some critical ingredients. Enterprise innovation labs are hardly bootstrapped, they have budget and personal fortunes are not on the line. There’s none of that do or die spirit that enables other aspects of how a startup operates.

There is innovation magic when a small startup with a killer product collaborates with a large company with great resources and footprint. The co-opting model is key to accelerating the pace of innovation and essential for corporations wanting to maintain their market share, competitive edge and above all – loyal and happy customers.

Check this out: Top Healthcare Startups

Explaining SaaS Spend Management: How It Can Help You Cut Spending

Cloud At The Edge

Edge Computing - Where Does It Fit Today And Tomorrow!

The Evolution of Digital Banking Landscape in Indonesia